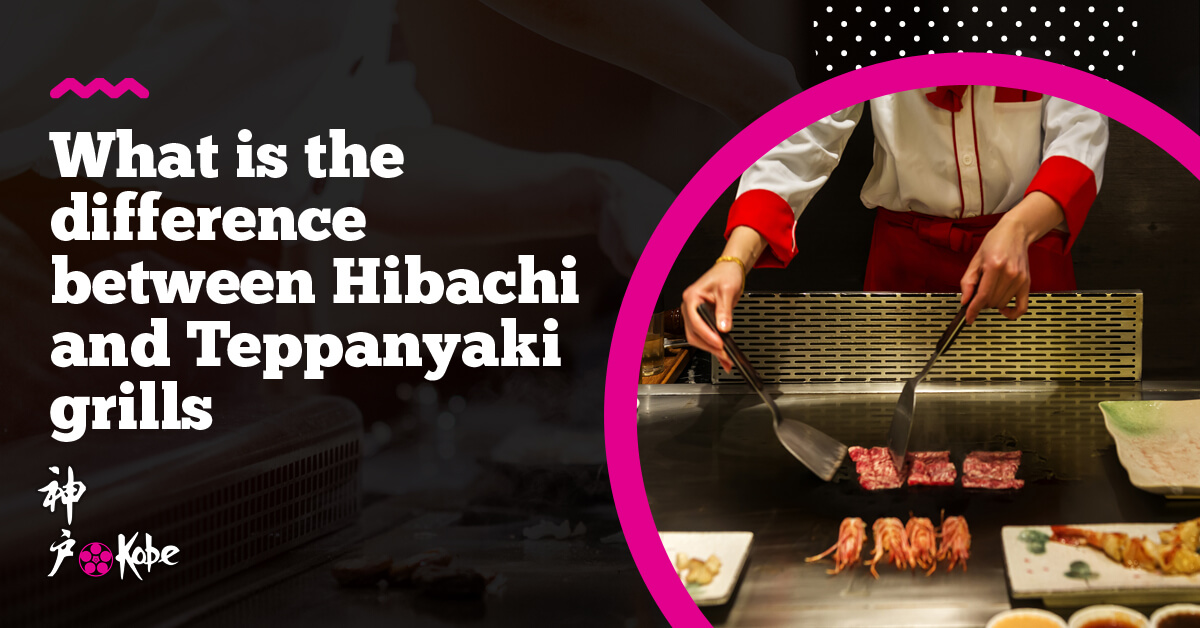 The increasing popularity of Japanese cuisine has seen an explosion of authentic Japanese restaurants across the globe.

This popularity has led many to delve deeper into the types of cuisine that have their origins in Japan – with two of the most important being Hibachi and Teppanyaki.

However, for the novice culinary explorer, the difference between these two culinary approaches may seem, at least on the face of it, confusing.

An examination of both Hibachi and Teppanyaki reveals that the two approaches to Japanese cuisine have different histories and employ different techniques in order to deliver unique flavours.

In fact, even the grills that are used in the preparation of Hibachi and Teppanyaki are different.

Here are some facts regarding the difference between the two and how the equipment used to deliver the unique tastes of Hibachi and Teppanyaki differ.

The key to the preparation of Teppanyaki style cuisine lies in the use of an iron griddle to deliver its unique flavours.

In fact, the translation of ‘teppan’ means to prepare using an iron griddle.

Teppanyaki is a relative newcomer to the world of Japanese cuisine with the cooking style having its origins in Tokyo in 1945 when chefs at outlets of the restaurant chain Misono began to create dishes using the Teppanyaki method.

The popularity of Teppanyaki was driven by the increasing numbers of tourists who were visiting Japan after WWII.

By and large, Teppanyaki was not popular with traditionally focused Japanese diners who found the knife juggling entertainment that is so much a part of the Teppanyaki experience both vulgar and not in keeping with the finest tradition of Japanese food preparation.

The popularity of the cooking style and the theatrics involved soon saw Teppanyaki spreading throughout the western world.

This started with markets in the United States where ingredients such as shrimp, lobster, beef, chicken and assorted other seafood are prepared using freshness, flair and innovation as guiding principles.

However, Hibachi uses an entirely different cooking method to Teppanyaki.

Hibachi employees a round stove type appliance that is heated by charcoal. In fact, the word ‘Hibachi’ is translated as ‘Fire Bowl’.

The Hibachi cooking method is considerably older than the Teppanyaki style.

It is a no-nonsense approach that traces its origins back to ancient Japan to around the time when the Japanese first began to use metal cooking utensils and containers.

The rich history of Hibachi cooking saw it becoming one of the first truly Japanese cultural influences on cooking styles across the globe – in part because of the simplicity of the approach.

The heavily decorated nature of Hibachi design has today made them sought after not only for their functionality – but also because of the sheer beauty of the stoves.

At its core, the traditional Hibachi cuisine is the preparation of a variety of beef steak cuts and fresh vegetables using Hibachi style sauce.

However, this has evolved over time and now the selection of ingredients bears little to no resemblance to those used in the original cooking style.

For lovers of Japanese cuisine, the Teppanyaki experience has much to offer.

However, for those who wish to delve more deeply into Japanese culture and even the ceremonial aspects of the country’s cuisine, the traditional Hibachi method may be rewarding.

Whichever is chosen – both provide meals that burst with flavour.

The Teppanyaki experience is one that should be experienced by those who want to explore both the tastes and culture of Japan.

Teppanyaki is a fabulous combination of culinary theatre and flavour. If you are in Melbourne, you simply can’t go past Kobe Teppanyaki in Doncaster East.

If you are looking for an authentic Teppanyaki experience that combines entertainment with the freshest of ingredients, then visit us today!

For reservations please call 03 9841 9889 or visit here https://www.kobeteppanyaki.com.au/booking for bookings and enquiries.