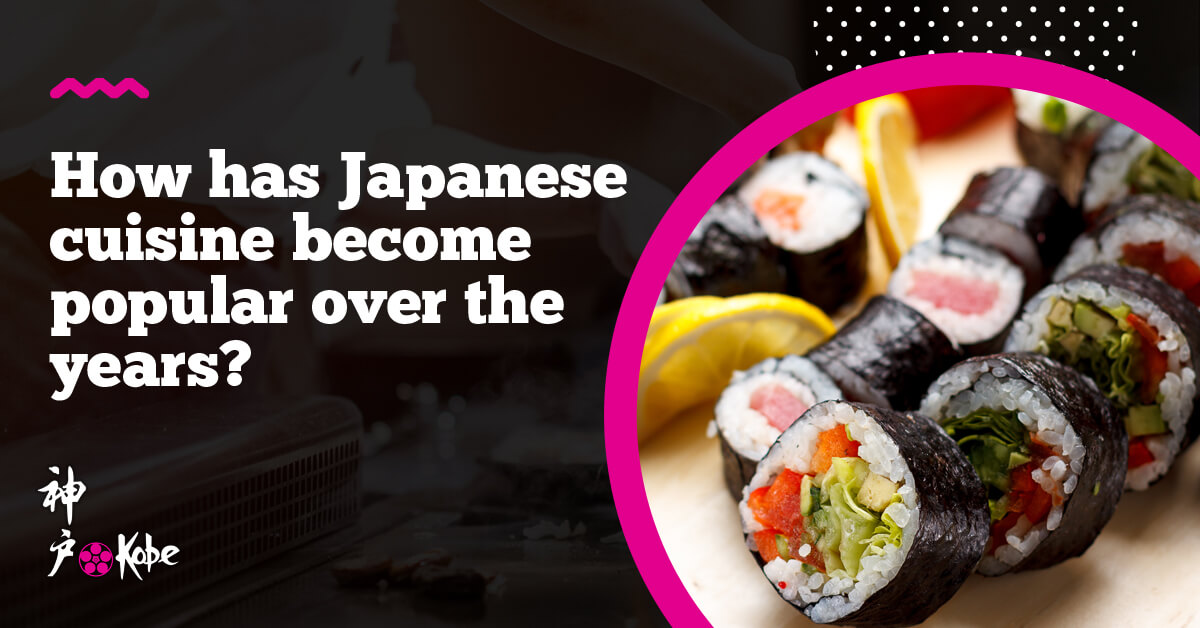 Japanese food has come to be recognised as contributing to an increasingly complex culinary landscape.

In fact, The Culinary Institute of America, which was established in 1946 recognised that the influence and increasing popularity of Japanese food and cooking have revolutionised the way consumers enjoy international cuisine.

This is only one of the ways in which the influence of Japanese cooking has been recognised.

It may seem inconceivable that the humble grain of rice would contribute in any meaningful way to the ever-increasing popularity of Japanese cuisine.

However, that would seriously underestimate just how special the rice cultivated in Japan truly is.

In fact, it could be said that rice is one of the staple foods that provide the essence of the Japanese cultural experience.

The quality of Japanese rice has seen exports from the country skyrocketing.

In 2016 10,000 tons of rice was exported from the islands – and that represented a 31% increase over the previous year – a trend that today continues.

The Rise of the Japanese Restaurant.

Japanese cuisine continues its relentless march towards dominating the culinary landscape in part due to the use of fresh seafood and only the highest quality ingredients.

Washoku, as Japanese food is known now provides the inspiration for chefs active in an estimated 90,000 restaurants across the globe.

Just how many of these restaurants provide diners with an ‘authentic’ Japanese dining experience is hotly debated.

However, even if there are some which cater to the more ‘Westernised’ palate by tweaking some of the approaches to create a fusion dishes there can be no doubt that the cuisine of the country is a global culinary phenomenon.

It is not only fresh seasonal vegetables and seafood and the meticulous preparation that have contributed to the success of Japanese cuisine.

The presentation of the dishes in containers known as utsuwa and the rituals that surround serving and consuming Japanese foods have both contributed to the sense of occasion and even a mystique surrounding the enjoyment of the foods from Japan.

In essence, the Japanese eating experience is one that encompasses a variety of components which come together to provide a harmonious whole that diners continue to explore – in greater and greater numbers.

The complexities of the Japanese food offerings and the varied reasons that it continues to delight diners became apparent when All Nippon Airlines surveyed its passengers about what attracted them to the Japanese dining experience.

The results were varied – but mentions of foods such as tempura, flavours such as those supplied by fish flakes, rice vinegar and the appearance of the dishes themselves were high on the list of what makes the cuisine so popular.

Japanese food remains one of the world’s most influential cuisine.

The subtle yet bold flavours and the meticulous preparation combined with an absolute commitment to the use of only the best ingredients have made it into a culinary favourite.

It seems set to maintain its dominance of the Asian inspired dining experience for the foreseeable future.