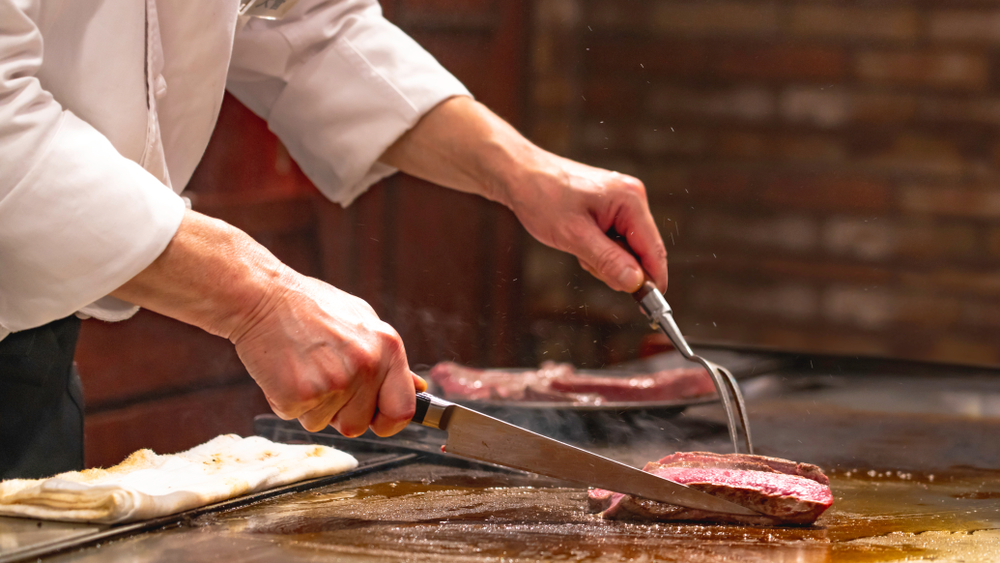 Barbecues are an inseparable tradition of Australian culture. We all know that nothing goes together better with Australia’s beautiful summer weather than the great Aussie barbecue.

Teppanyaki and barbecue may have some overlapping similarities, but they also have their own differences. If you would like to learn more about whether or not teppanyaki cooking is the same as a barbecue, then please keep on reading as we compare the two.

What Is A Barbecue?

It is important to distinguish first the difference between barbecue and teppanyaki. As such, let’s discuss exactly what happens with a barbecue.

Typically ingredients that you may find in an Australian barbecue include sausages, steaks, pork, seafood, and other sidings such as white bread, tomato sauce and various salads.

Teppanyaki is a Japanese style of cooking that makes use of a flat iron grill. In fact, it is in the name itself, where “teppan” means iron plate and “yaki” means griddled or grilled. The name itself describes how the food is cooked.

With teppanyaki cooking, guests are seated around a large table where they can watch the chef cook their food right in front of them. It is quite a performative style of cooking. This is because the chefs are trained to perform various tricks such as flipping shrimp tails into their pockets or creating a flaming onion volcano.

Teppanyaki dishes are composed of fresh and flavourful ingredients that are often lightly seasoned. Ingredients may include meat such as steak, chicken, or seafood; dough-based foods such as yakisoba and rice; and small, finely chopped vegetables such as onions, mushrooms, and bean sprouts.

Other seasonings such as vinegar, pepper, soy sauce, garlic, and wine are also often found in teppanyaki cooking.

Teppanyaki and barbecue have a few similarities but perhaps more differences. They are similar in that they are both styles of cooking that involve grilling different types of food.

However, an important distinction between the two is the equipment that they are cooked on. While barbecue makes use of an open-air grill, teppanyaki makes use of a flat iron grill (as enshrined in the name itself).

Barbecues are a big part of Australian cuisine. We love to sit back, relax, and have a good sausage sizzle.

With a barbecue, its speciality dishes include a variety of different meat. Occasional sidings such as bread and salads can also be seen, but it is primarily focused on cooking different cuts of meat on an open-air grill.

Meanwhile, teppanyaki cooks not only meat but also dough-based food such as yakisoba and other sidings such as vegetables. Teppanyaki makes use of a flat iron grill and is also considered a performative culinary art.

So, while they have some similarity in the fact that they both grill food and occasionally use the same meat, they are actually quite different from each other.