Is Teppanyaki Cooking The Same As Hibachi?

How Do You Become A Teppanyaki Chef?

Is Teppanyaki Cooking The Same As Hibachi? 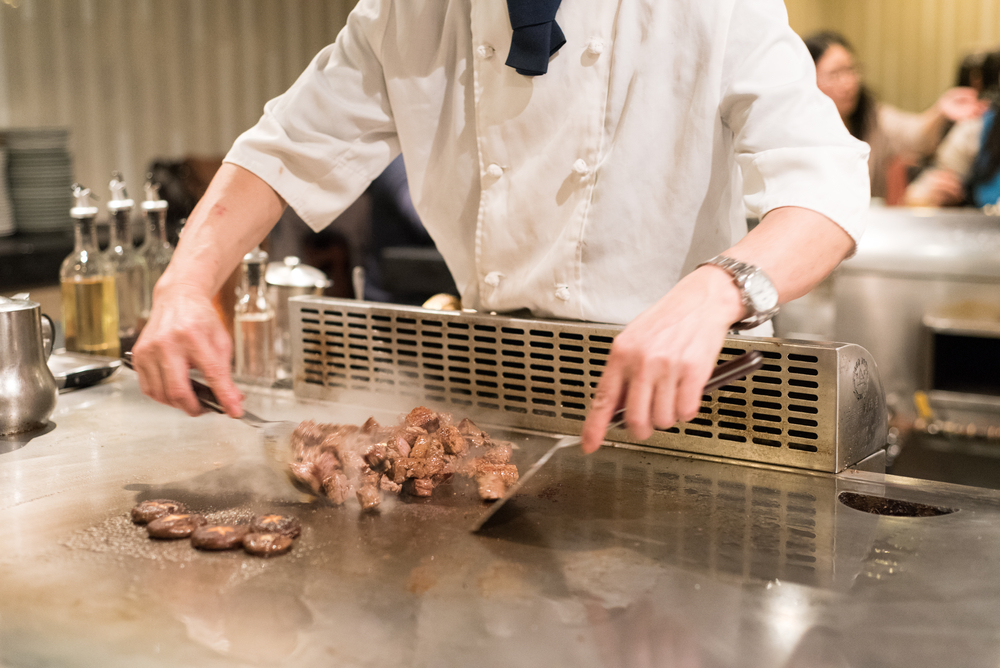 However, many people often associate teppanyaki and hibachi as the same thing. The confusion arises due to the fact that both styles of cooking involve cooking over a grill. This may be as far as their similarities go because, in actuality, they are really quite different!

If you would like to learn more about the difference between teppanyaki cooking and hibachi, then please keep on reading below.

First Off, What Is Teppanyaki?

Teppanyaki is a Japanese style of cooking that involves grilling over a large steel hotplate. In fact, this is reflected in the name itself, where “teppan” means iron plate and “yaki” means grilled.

Teppanyaki first emerged in 1945 in Japan. It originated from local steakhouses that combined Western and Asian cuisines, which quickly gained popularity across the country.

Teppanyaki is distinctive for its performative aspect. Many teppanyaki chefs are skillfully trained to learn tricks like flaming an onion volcano or tossing a shrimp tail into their pocket. Common food items on teppanyaki menus include shrimp, beef, chicken, or tofu. Sidings include grilled vegetables, fried rice, or noodles.

Hibachi is believed to have first originated from around 794 during the Heian period in Japan. It is a Japanese style of cooking that cooks meat, vegetables, and seafood over a high-heat metal cooking plate.

Beneath the cooking plate lies a wooden or ceramic container with burning wood or charcoal. In fact, hibachi literally means “fire bowl,” referring to the round shape of the open-top container where wood or charcoal burn for heat.

What Makes Teppanyaki And Hibachi Similar?

Besides the obvious detail that they are both from Japan, both the teppanyaki and hibachi style of cooking involves cooking over a metal plate. They also typically cook the same food, such as meat and seafood.

The dining experience of teppanyaki and hibachi is also quite similar. In both styles, guests are usually seated around a table that can fit up to 10 people. Here, they can watch as the chef cooks their food right in front of their eyes.

Some hibachi chefs also perform the same tricks that teppanyaki chefs do, such as the iconic onion volcano. However, there are a few more differences rather than similarities between teppanyaki and hibachi.

What Makes Teppanyaki And Hibachi Different?

While iron plates are similar between Teppanyaki and Hibachi, the primary difference between the two actually lies in the characteristics of their iron plates.

Meanwhile, hibachi traditionally makes use of circular grills that have open grates. They are usually made of wood or ceramic that is lined with metal. Hibachi grills can also be portable or built into furniture for modern-day use. Unlike teppanyaki grills, the heat source of hibachi is burning wood or coal.

Additionally, because of their open-grate design, Hibachi grills are more often used to cook larger items. Teppanyaki is also more particular about knife skills, while Hibachi has a more traditional point of view on this. Teppanyaki is all about precise knifework, hence its iconic performative aspect.

It is undeniable that hibachi and teppanyaki are quite similar. Of course, they make use of iron grills and share some similar cooking techniques especially in the restaurant.

However, the primary difference lies in their grills: while teppanyaki grills have flat iron surfaces capable of cooking small food items such as rice and vegetables, hibachi grills are circular griddles that usually cook larger food items.

Nonetheless, both styles of cooking are a testament to all the amazing wonders of Japanese cuisine. They both offer the chance for hungry diners to experience delicious Japanese food and be entertained at the same time!