Can You Use Any Type Of Meat Or Seafood In Teppanyaki?

How Do You Become A Teppanyaki Chef? 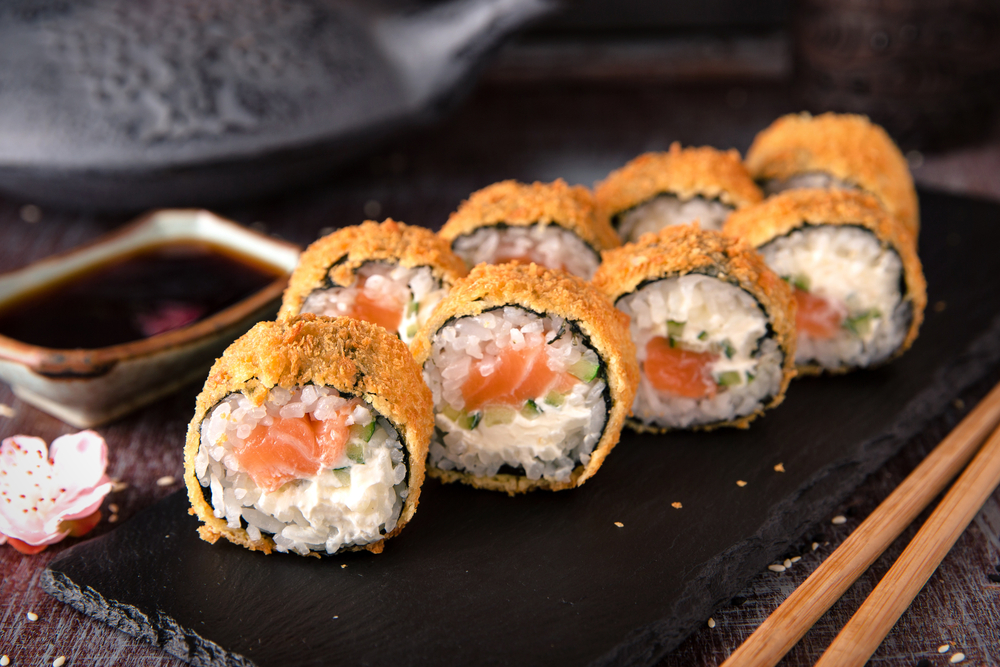 Japanese and Western sushi differ in many areas, such as the ingredients that are used, the style of the sushi, and even eating etiquette. So, what exactly are these fundamental differences? Keep reading below to learn more!

Traditional Japanese sushi is known to be quite low in both calories and fat. This is because it only makes use of three to four ingredients that are packed with minerals and vitamins. On most occasions, sushi is only fish and rice.

In fact, in Japan, they try to only use the freshest fish possible from the local market. They will only add light seasonings of wasabi so that they can enjoy the natural flavours of the fish. Many sushi restaurants will even choose their menus based on the best days to catch fish.

On the other hand, Western sushi tends to be larger in size because it includes many more ingredients, toppings, and condiments. These ingredients are often high in fat such as tempura, tempura flakes, avocado, mayonnaise, and cream cheese. Because of this, Western sushi has significantly more calories than traditional Japanese sushi does.

Rice is also an ingredient that differs between the two. Sushi rice in Japan is known to be white, short, and glutinous which is also clear and chewy. However, some Western sushi restaurants have been known to replace white rice with brown rice or even quinoa to appeal to the health fanatics.

Western sushi is often more complex than traditional Japanese sushi because it is all about strong colours and bold flavours, two combinations you may not really find at traditional sushi restaurants.

Putting rice on the outside was done to appeal more to the Western aesthetic, which preferred not to feel the texture of seaweed from the outside. Having rice on the outside also made it possible to add extra ingredients outside the rice. However, Japan also has what is known as uramaki, which is basically an inside out sushi roll like the typical Western roll.

The traditional Japanese sushi has somewhat remained consistent throughout the years in terms of presentation and styles; however, there is still a wide range of different types of sushi that you can find in Japan. On the other hand, Western sushi aims to become progressively more creative.

Aside from sushi ingredients and sushi-style, etiquette is a big component of Japanese sushi. In Japan, sushi is like art and the chef is like an artist. Wasabi is never served as a siding, but as a light topping, with pickled ginger as a siding to help cleanse the palate along with soy sauce, also known as shoyu.

While wasabi and soy sauce are mixed together in Western sushi practices, this does not hold true for traditional and authentic Japanese sushi etiquette. However, sashimi is served with soy sauce in Japanese settings.

Though Japanese sushi and Western sushi have considerable differences from each other, they are both individually tasty and appealing to different people who have different preferences. While Japanese sushi tends to be very delicate, detailed, and simple, Western sushi always strives to creatively innovate their iconic forms of bold and colourful sushi.

So what does it mean that there is Japanese sushi and Western sushi? Well, it reflects that the essence and beauty of sushi lie in its ability to be easily adaptable to any kind of culture. Different cultures enjoy sushi in different ways, which continues to make it a beloved and well-recognised dish around the world.