Can You Use Any Type Of Meat Or Seafood In Teppanyaki? 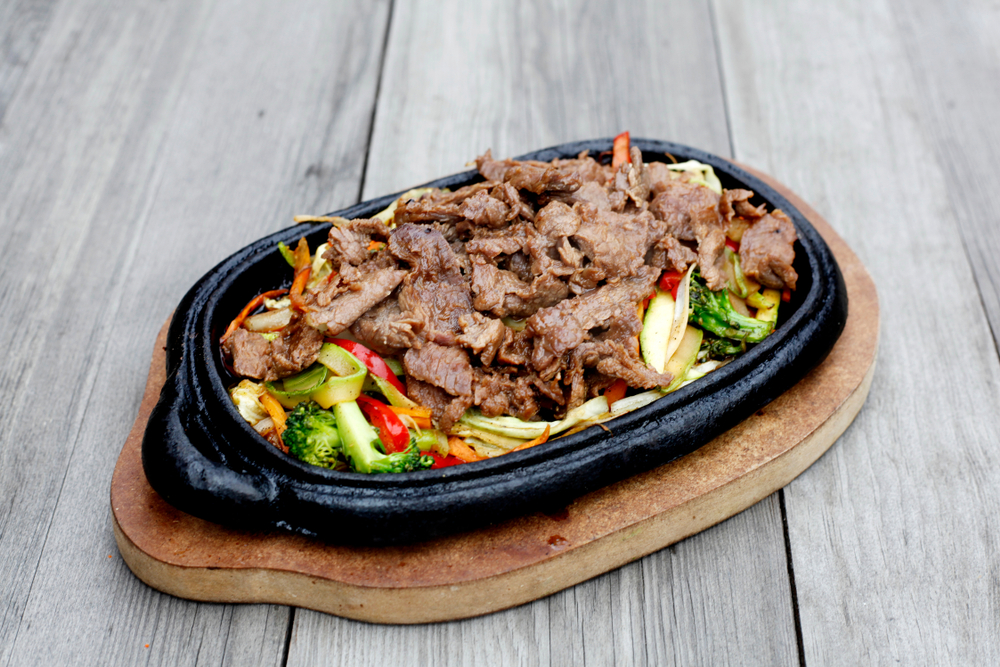 In Japan, all of the various regions and cities each, have their own specialties when it comes to Japanese cuisine.

Their specialties are greatly impacted by the region’s traditions, agriculture, and produce.

Most people are familiar with Japanese the more popular dishes such as teppanyaki and sushi, but how about some of the lesser-known dishes?

If you want to learn more about the different regional dishes of Japanese cuisine, then please keep on reading!

Sapporo is the capital of Hokkaido and Japan’s fifth-largest city. This area is well known for their specialty in ramen, with numerous ramen shops being set up all over the city and even in other towns of Hokkaido.

Osaka is well known for takoyaki, or octopus dumplings. They are made cooking a batter consisting of flour and stock onto an iron plate that has holes in it.

Chunks of octopus and other ingredients such as onions, cabbage, and pickled ginger are sprinkled on top of the batter which is then rolled over as they cook.

The takoyaki will be baked until the batter is spicy and crispy on the outside and soft on the inside.

They are typically served with sauce, seaweed, bonito, or mayonnaise.

Hiroshima’s specialty is okonomiyaki, our savoury pancakes. Their popularity began before World War II, and much of its transformation was impacted by this event.

Due to food shortages in the second World War, people began transforming pancakes into meals by adding more ingredients such as seafood, noodles, egg, and cabbage.

This is what we know as okonomiyaki today.

The Hiroshima-style of okonomiyaki is unique for its six-layered structure: flour batter, cabbage, the main ingredients, noodles, and more flour batter turned over and flattened.

It is also served with various sauces depending on your preference.

Tohuku lies on Honshuu, an island located in the north of Japan. Since their produce primarily consists of rice, they have a lot of rice dishes.

Mochi is a popular chewy dessert that is made from pounded rice. In Tohoku, they have zunda mochi, which is made from young soybeans called edamame that is mashed into a paste and sweetened with some sugar.

Another way to enjoy zunda mochi is to use paste over the mochi that is made from rice.

Yudofu, a popular winter hotpot, is the specialty dish of Kyoto, a city that can often have very cold winters.

Yudofu is made of tofu and kelp-based soup. The tofu is eaten before it softens and dissolves. It can also be dipped in a sauce for extra flavour.

Buddhist priests in Kyoto could not eat fish or meat, which is why they enjoyed Yudofu.

As a result, there are various restaurants across Kyoto that serve boiled tofu dishes.

Shikoku is a small main island in Japan. One of their specialties is sanuki udon, which is a wheat-flour noodle commonly served in a kelp-based soup.

The noodles are kneaded so that they have a firm but smooth texture. There are different ways sanuki udon can be served in terms of toppings.

However, the noodles are what’s important, and there are a large number of restaurants that specialise specifically in the noodles.

The specialty dish of Tokyo was once a children’s treat. Monja-yaki consists of dried squid, sweetcorn, and cabbage cooked on a hotplate.

A runny batter is poured into a hole in the middle of the plate and the ingredients are scraped around with a small spatula, which you can use to eat the dish as it cooks.

Hence, it is also known as a “cook it yourself” type of dish.

As we can see, there are certain Japanese regions and cities that really do have the very own unique style of cuisine.

There are a number of reasons for this but there is one thing that can’t be disputed, and that is Japanese food is some of the most delicious cuisines in the world, no matter which part of the country it is from!