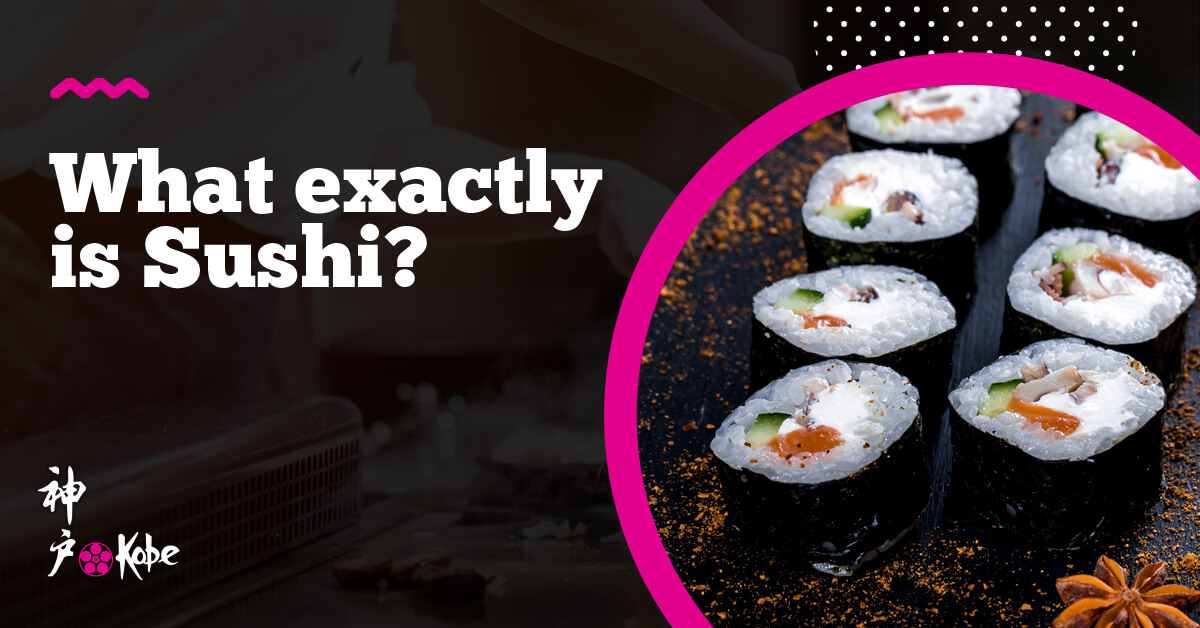 Japanese cuisine continues to dominate as far as western tastes for Asian culinary produce is concerned, due in part to the incredible popularity of Sushi.

However – for many Westerners, the idea of sushi is interpreted as the offering that has come to dominate the international Japanese offerings from the many Japanese ‘sushi’ restaurants.

However, the concept of sushi has now come to include offerings like sashimi, which is raw fish and seafood produce that is not accompanied by rice.

However, in actual fact, sashimi is not a type of sushi. Sushi is characterised as a food type that features vinegared rice topped with a variety of other ingredients.

When sushi first appeared in Japan it was a dish that was made from fermented fish with rice which was preserved in salt.

For millennia this was traditional sushi – but that changed in the ‘Edo Period’ which spanned the years between 1603 and 1868.

It was then that what we now recognise as modern sushi first made its appearance.

However, modern sushi still pays homage to its origins even in name – the word itself translates into English as ‘it is sour’.

This reminds lovers of the various sushi dishes of the origins of the cuisine and its fermented and salted form.

Sushi purists would probably prefer the styles of sushi that are common in Japan today.

These remain in essence quite simple – although harnessing the subtle flavours of the freshest ingredients.

The Japanese versions of sushi usually only contain a single type of seafood (or a vegetable), along with rice.

Dishes suited to the Western palate such as the ubiquitous ‘California Roll’ or the multi-layered Avocado rich sandwich type sushi offerings are relatively rare in Japan.

These are in fact products of a Western fusion of taste and culinary ingenuity. The Japanese also keep the use of condiments extremely simple.

Pickled Ginger as a palate cleanser and a small amount of Wasabi are classic additions to the true sushi meal.

Diners will also not find mayo or unagi. In fact, even the use of soy sauce is not part of the classic sushi experience.

This is not to say that sushi is a unidimensional cuisine, on the contrary, there are subtle distinctions and styles across the sushi experience.

For instance one of the staple sushi types, Nigiri is characterised by ingredients such as vinegared rice which is hand shaped and topped with a small amount of wasabi, a vegetable, or even a sliver of ‘tamago’ (an egg omelette).

Of course, there are the ever-popular executions which use seafood.

Chirashi (which can be translated as ‘scattered rice) is exactly as the name would indicate a dish of loose rice with other ingredients.

Oshizushi is shaped into a block using a wooden mould and sectioned into bite-size portions.

The sheer breadth of sushi offerings is only one of the reasons that the culinary style is so popular across the globe.

Add to this dedication to using a variety of fresh ingredients and the subtleties of flavour and it becomes readily apparent that the sushi phenomenon will remain part of the international culinary landscape for the foreseeable future.

If you are in Melbourne and want to enjoy an authentic sushi experience, you simply can’t go past Kobe Teppanyaki in Doncaster East.

For reservations please call us today on 03 9841 9889 or visit https://www.kobeteppanyaki.com.au/booking for bookings and enquiries.