What Is The History Of Sushi?

A Guide To Dining At Teppanyaki Restaurants

What Are The Differences Between Robatayaki And Yakitori?

What Is The History Of Sushi? 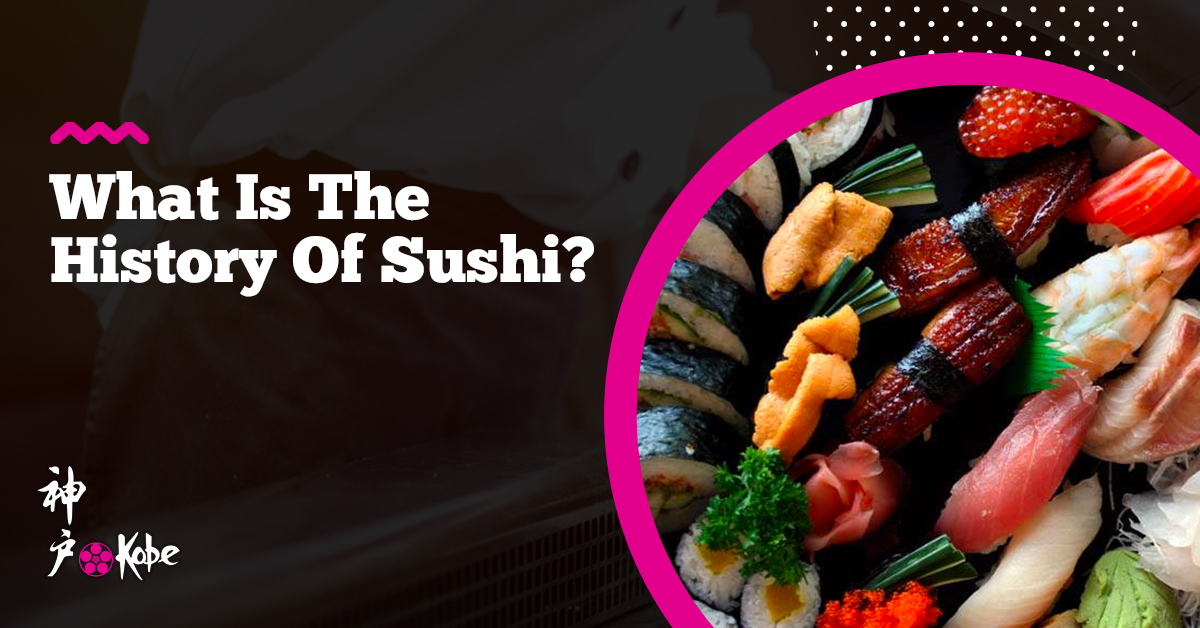 Sushi refers to a dish of various fillings encased in vinegared rice.

In the modern world, sushi has become a form of fast food that is strongly associated with Japanese cuisine.

Originally sushi was developed in Southeast Asia between the 5th and 3rd centuries  BC as a way of preserving raw fish in fermented rice.

Gutted and salted fish wrapped in fermented rice was stored for months without spoiling.

The practice spread to south China before being introduced to Japan around the 8th century.

The early form of sushi became an important source of protein for the Japanese.

In those days sushi formed an integral part of celebrations during feast days and festivals when it was copiously consumed.

At first, the fermented rice was discarded and only the fish eaten, known as ‘narezushi’.

However, because the Japanese enjoyed eating rice with fish, a type of sushi dish called namanari became very popular during the Muromachi period.

Sushi was no longer used solely as a preservation method but rather became a new form of Japanese cuisine.

The early form of sushi became an important source of protein for the Japanese.

In those days sushi formed an integral part of celebrations during feast days and festivals when it was copiously consumed.

Narezuchi was the name used for the fish consumed after the rice was discarded.

Namanari (half-made sushi), was a later version of narezuchi that consisted of fermented rice filled with partly raw fish eaten as fresh as possible before it changed flavour.

Found in Tohoku and Hokkaido, Izushi is a form of narezushi but the rice was mixed with yeast and topped with certain vegetables such as radish before being sprinkled with sake.

It was then wrapped in a bamboo leaf and pressed under a heavy stone. The rice melted away leaving behind fermented fish with a pickled taste.

Hanaya Yhei is still recognised today as the creator of nigirizushi which became known as Edomaezushi.

The original version consisted of a small ball of vinegared rice with a piece of raw fish or seafood draped over the top.

Oshizushi was gradually developed when the fermentation process was eventually abandoned and only rice vinegar was used to flavour the rice.

During the Edo period in Japan, a new type of sushi called haya-zushi (fast sushi) was introduced which became a dish unique to Japanese cuisine.

Haya-zushi allowed rice and fish to be consumed at the same time and for the first time, the rice was not fermented.

The rice was mixed with vinegar before being filled with raw fish, vegetables, and other types of food.

During the 800 year period before the early 19th-century Japanese cuisine slowly changed and so did sushi.

The Japanese now ate three meals per day and, instead of steaming, rice was boiled.

Of great importance at the time was the development of rice vinegar which plays such an important part in the preparation of sushi rice.

Rice vinegar greatly reduced fermentation time which meant that the preserved fish could be eaten much earlier together with the rice.

Nigirizishi was an instant hit that spread through Edo (now Tokyo) like wildfire with thousands of sushi restaurants springing up in a period of just 20 years.

The three most famous sushi restaurants in Edo were:

Sushi was first introduced to the United States in the early 1900s when an influx of Japanese immigrants arrived after the Meiji Restoration.

American high society experienced a wave of Japanophilia which resulted in sushi being served at social functions.

The first sushi restaurants in America appeared in early 1960 in the metropolitan areas of New York and Los Angeles.

The Kawafuku Restaurant in Little Tokyo was founded by Noritoshi Kanai and Harry Wolf in 1966.

The humble process of fermentation called sushi used to preserve fish for long periods of time has come a long way since those days.

After undergoing a period of evolution it is now known as fast food that can be prepared fresh within minutes.

Today sushi is enjoyed in many countries all over the world and still sold as street food in Tokyo and other Japanese cities.